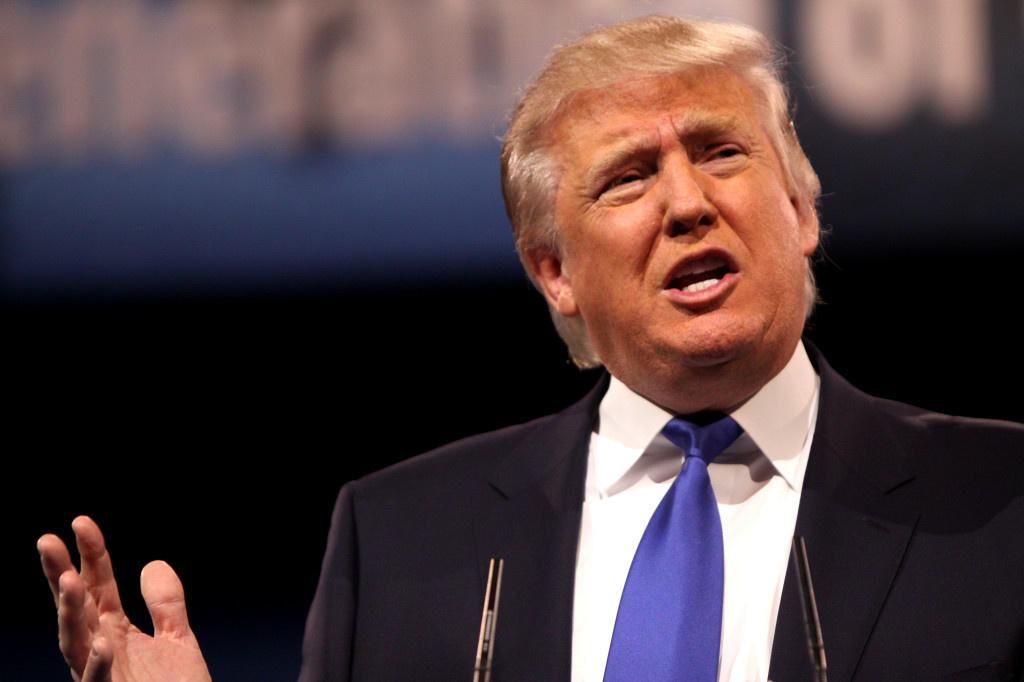 By Thomas Tucker and Yuri Vanetik

November 2016… Donald Trump beats Hillary Clinton in the general election because of strong support from … Hispanics?!

That scenario isn’t as far-fetched as it may seem, despite Trump’s often flippant and at times abrasive comments about immigration and Hispanics, among other things. A new poll by SurveyUSA shows Trump ahead of Hillary Clinton among registered voters in part because he commands the support of 31 percent of Hispanics. That’s not only a higher share than Mitt Romney received in 2012 — it’s more than Republican George H.W. received in 1988 when he won the general election.

Given Trump’s penchant for incendiary remarks about Mexican immigrants and his promise to build “a great wall” along the southern border, the extent of his Hispanic support may seem baffling. But it shouldn’t.

Most Hispanics aren’t single-issue voters when it comes to immigration. A recent Gallup poll found that, among registered Latino voters, 67 percent are at least willing to support a candidate who doesn’t share their views on immigration. Furthermore, 18 percent don’t consider the issue important to them at all.

What’s more, many Hispanic citizens have little sympathy for immigrants who haven’t played by the rules. Hispanic voters support rational immigration policies and the rule of law.  In fact, many Hispanics resent cheaters and law breakers.  Especially among Latino voters born in the United States, resentment of immigrants who have entered the country illegally can run deep. Forty-two percent of American-born Hispanics disapprove of President Obama’s executive actions to prevent the deportation of illegal immigrants.  These statistics are telling.

Ergo, it would be wise for presidential hopefuls to propose specific reforms to America’s immigration policy.

What would such an approach look like? Well, it goes without saying that border enforcement would be a primary goal. Trump’s signature proposal, after all, is a wall along the Mexican border with “a big, beautiful door . . . so that people can come into this country legally.”

For this to be more than a one-liner, presidential candidates will need to fill in some details when it comes to creating effective and fair immigration rules. For example, presidential candidates need a strategy for finding and holding accountable immigrants who remain in the country longer than the law allows. Systems such as biometric exit points, which would track visitors through their fingerprints or photographs, could help ensure that the person leaving the country is the same one who entered.

The frontrunners also need a more economically viable plan to deal with America’s current population of undocumented workers. Trump has already said that after deporting such workers — who make up 5 percent of the U.S. labor force — he’d be willing to”invit[e] the good ones back to get documentation and become legal.”

It would certainly be cheaper and more effective to skip the mass deportations and simply grant temporary work permits to certain illegal immigrants who pass a rigorous qualification process. These individuals would need to learn English and pay hefty monetary penalties for having violated the law. And to weed out the dangerous criminals that most of the presidential candidates are concerned about, a thorough background check would be essential.

If Trump’s border wall is as effective as he promises — and his enforcement strategy strong enough — illegal workers would jump at the opportunity to atone for their immigration violations and become legitimate residents of the United States.

Trump has inadvertently revealed that aggressive, security-focused immigration policies don’t necessarily turn off Hispanic voters. Now, presidential frontrunners, whoever they end up being, have an opportunity to showcase their business and policy acumen by advancing serious reforms that propel economic growth instead of simply igniting controversy.

Yuri Vanetik is a Lincoln Fellow at the Claremont Institute and director at Gen Next and the Gen Next Foundation. Thomas Tucker is the co-founder of The New Majority.