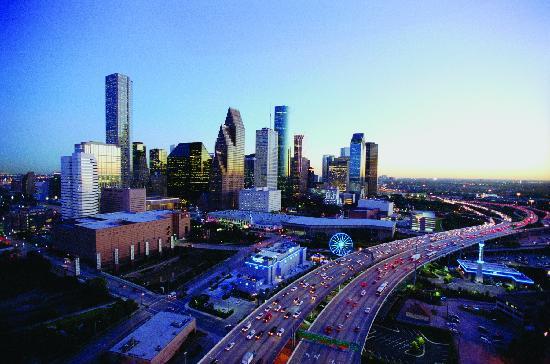 An article in The Economist says it accurately and concisely: “Houston is an oil town.” And recently this oil town has been booming. The article cites two important statistics to support this – “In the decade to 2010, the population of its metro area grew more than that of any other American city. Between 2009 and 2013 its real GDP increased by 22%, more than twice as fast as the American economy as a whole.” But with oil prices depressed, many are questioning whether such growth can possibly continue. Indications from many of Houston’s businesses, and an analysis from Bloomberg that shows a direct correlation between Houston metro area employment and oil prices, suggests an answer: Probably not.

On the bright side, however, much of the investment in the area “such as in Mobil Exxon’s new campus is committed, and will not stop now.” Houston as a whole has the opportunity to reap the benefits of long term investment that has been made in the area. While this won’t keep the city and its workers afloat forever in the face of an extended period of low oil prices, it can be something of a life raft during a short term slump.

One other important factor working in the Houston economy’s favor is the fact that over the past few decades it has become more dynamic, and so no longer revolves only around oil. Notably, Houston has one of the busiest ports in America, and is home to several universities and all of the restaurants, nightlife locations, and stores typically associated with college towns. It also, at least currently, hosts a booming building sector. That the economy is no longer so monolithic means, hopefully for Houston residents, that the previously mentioned correlation between area employment and oil prices could be undermined. It also means that, should oil prices turn around, Houston’s economy could become stronger than ever.