How Social Media Has Changed Politics 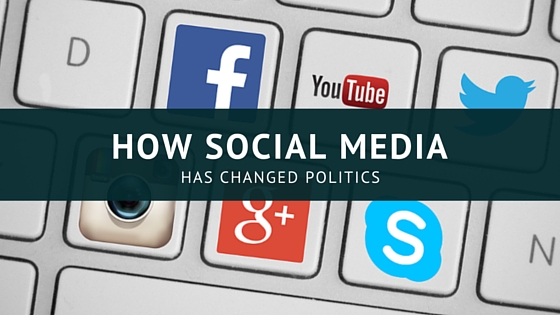 The growth of technology, specifically social media, has drastically changed the way political campaigns are run. Social media properties, such as Twitter, Facebook, Instagram, and Youtube, have effectively changed how candidates are able to deliver their message and interact with Americans.

Candidates and elected officials are now more accessible than ever before, having the ability to publish content and broadcast it to millions of people with the click of a button. Furthermore, they can use analytics to determine how their message is being received by the public in real time.

As the presidential primary races heat up, let’s take a look at how social media is changing American politics and how candidates are using these tools to communicate their message.

There are a growing number of social media tools that allow politicians to speak directly to voters without having to spend any money. Using Facebook and Twitter, candidates can express their opinions on policy and current events or share the latest news from the campaign trail. Snapchat has been another major player this campaign cycle, giving Americans an inside look at the life and thoughts of candidates in ways that were never possible before. Nowadays, owning a smartphone is the norm, and candidates have the ability to share messages directly with millions of Americans from across the country.

Not only can candidates communicate directly with Americans, but social media gives Americans the ability to communicate with each other as well. Social media tools give like-minded voters and activists the ability to easily share news and information on campaign events with each other. During presidential debates, you can find thousands of people communicating with each other in real time having political debates of their own. Nowadays if a candidate says something important (or idiotic) then everybody in the country will hear about it, instantly.

Tailoring The Message To The Audience

With so many people communicating with each other on social media platforms, political campaigns have the ability to tap into a wealth of information about the people who are engaging in the digital political process. Through various analytical tools, political campaigns can effectively customize their message based on selected demographics. Essentially, a campaign may find that one message is more appropriate and useful for voters under 30 years old, while another message is more effective with those over 60. This helps political candidates spend money in the right places and utilize their time in the best way possible.

One of the major struggles for candidates has been to mobilize young voters to exercise their right to vote and participate in the political process. Social media was built by young people and is heavily used by young people. That is why social media is such an effective tool for candidates to share their message with new voters. Social media has energized a large number of younger voters, and this has had a profound impact on recent elections. President Obama was the first politician to truly tap into the power of social media during his two successful campaigns, and he certainly will not be the last.