In Los Angeles County as a whole, roughly 60,000 people pass away every year from a variety of causes. Of those 60,000 deceased members of LA County, roughly 215 of them will cast a vote to help decide who will take political office. These votes, which seemingly occur postmortem, are not a case of early balloting and an unfortunately timed demise. They’re a case of blatant voter fraud, an issue that puts a blight not only on the election, but on the idea of democracy as a whole.

The idea of a few hundred dead people casting ballots understandably may raise a few eyebrows. Don’t get confused though–this isn’t a case of taking a literal interpretation of the Facebook posts that feature jokes along the lines of “if you vote for Trump/Clinton you must be brain dead!” These are cases of legitimate people using the identities of deceased people to cast fraudulent ballots to influence who assumes the Oval Office in January.

Unfortunately, the deceased casting ballots is far from a rarity–the 215 cast in LA County alone made up only a fraction of the dead voters that showed up to California’s polls for the primaries. The state’s 55 electoral votes are tops in the nation, making up a little over 10 percent of the 538 total electoral votes cast nationwide. Considering that just 270 electoral votes are needed to capture the presidency, the Golden State’s 55 votes could make up over 20 percent of what a candidate needs to assume office. It’s easy to see how big an influence that voter fraud could have in determining which candidate hits the 270 mark come November 8.

It’s not incorrect to mull over the fact that perhaps something should be done about preventing the deceased from voting. Without comprehensive voter ID laws, however, it’s difficult to properly regulate. This comes back in large part to the idea of preventing voter fraud on a grand scale, as not all forms of voter fraud are as easy to spot as a dead person casting a ballot.

There have been numerous cases of voter fraud in recent years including everything from duplicate voting, bribery, threats and false registrations.

As it currently stands, there are a number of qualifiers (and disqualifiers) that dictate whether one is able to cast a vote. You must be a United States citizen, you must meet your particular state’s’ residency requirements (which differ state to state) and you must be 18 years of age or older. The necessity of being alive is implied, rather than explicitly stated.

The degree of proof that you meet the above criteria that you are required to display varies largely state to state. 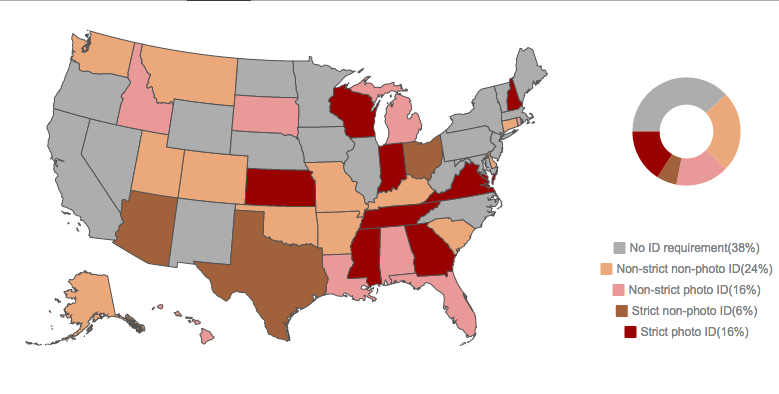 Currently, 19 of the 50 states require no identification upon arrival at the booth. One of the 19, perhaps not coincidentally, is California. In 33 states some form of identification is required, though some are not nearly as strict as others. In some, the non-strict definition of identification allows for a poll-worker to vouch for a voter’s identity, or a voter can sign an affidavit indicating they are who they claim to be.

Voter ID laws that require strict forms of photo ID help to reduce voter fraud–that is a near certainty. However, it’s often argued that these laws can be racist and cause the disenfranchisement of voters, as not all citizens are able to afford photo IDs.

The logical next step would be a simple government program that provides photo identification cards to all citizens who are of eligible voting age who fall below a certain income level. A program of this nature would effectively eliminate voter fraud in all forms and provide necessary ID free of charge only to those who necessitate it (which is, by all accounts, a fairly low number as it stands now).

Analyzing recent trends points to the country moving towards the adoption and enforcement of more stringent voter ID laws in the near future. 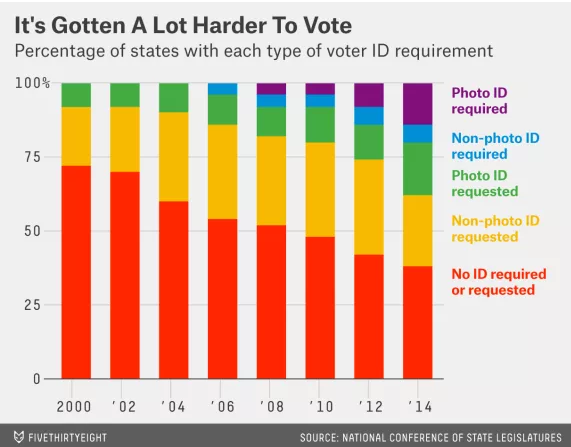 The plain and simple truth of the matter of potential voter fraud is that it jeopardizes the integrity of a democracy. Whether the fraud is in the form of duplicate-voting, illegal “assistance,” or deceased voters, every vote cast illegally and unethically could be the one that negates the ballot you just cast. It’s time to take positive steps towards eliminating voter fraud in the United States and restoring the integrity of our country.